In early December 2016, friends at GTDC (Goa Tourism Development Corporation) extended a very exciting weekend offer for a stay at the newly restored Fort Tiracol in North Goa. It was a nostalgic trip for my wife, as it may be for anyone who has grown up in Goa, and have probably visited the Fort as young children. 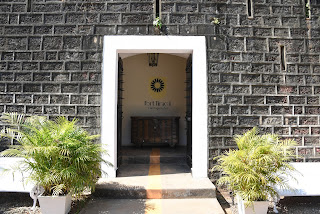 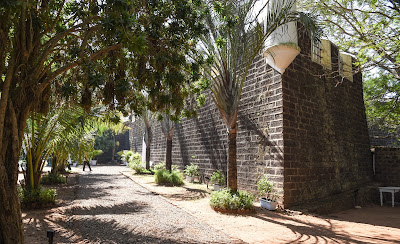 The fort was originally built by Maharaja Khem Sawant Bhonsle, the Raja of Sawantwadi, in the 17th century. The site chosen was a hillock on the Northern (right) bank of the river, which gave a commanding view of the Arabian sea. The Bhonsles of Sawantwadi kept a sizeable fleet of native vessels which sheltered in the Tiracol River. The fort initially consisted of 12 guns, a barrack and a chapel. (Source Wikipedia) 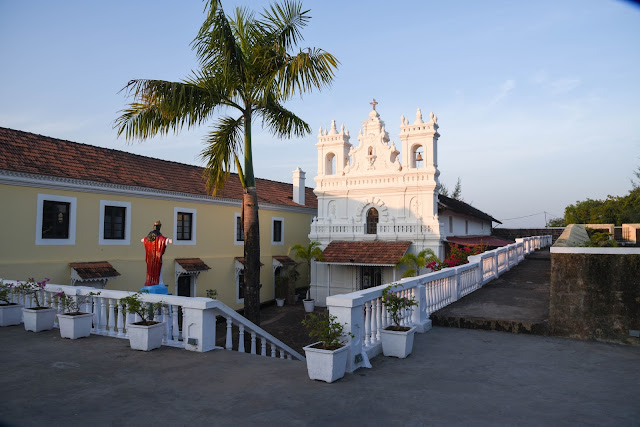 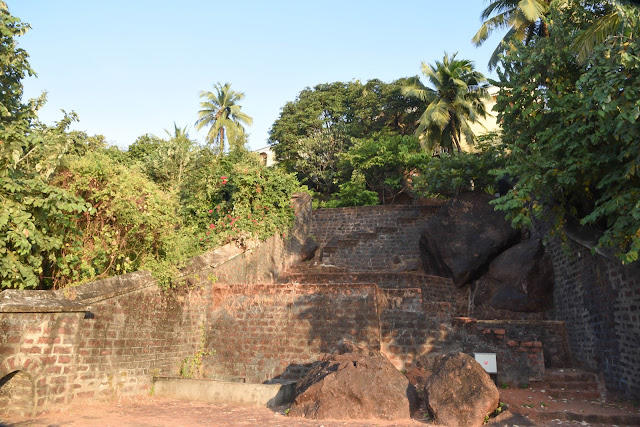 The fort became an important part of Portuguese maritime defences; being extensively revamped in 1764. It remained in Portuguese control till December 1961 when the last of Portuguese territorial positions in the subcontinent were forcibly annexed by India.

On 17 February 1819, following the defeat of the Marathas, a treaty was signed by Raja Bhonsle Khem Sawunt of Savantwadi who recognised British suzerainty. This treaty effectively abolished the strategic importance of the fort, as it became an enclave in territory controlled by British allies.

During the Portuguese Civil War, the fort served as a rebel stronghold during an uprising in 1825 against the Portuguese led by Dr. Bernardo Peres da Silva, the first Goan born Viceroy of Goa. It was greatly damaged but the fort and the chapel were later rebuilt. A ruthless Commandant, "Tiger-killer" da Cunha entered the fort and ordered the beheading of the entire garrison and the placing of the heads on stakes. (Source Wikipedia) 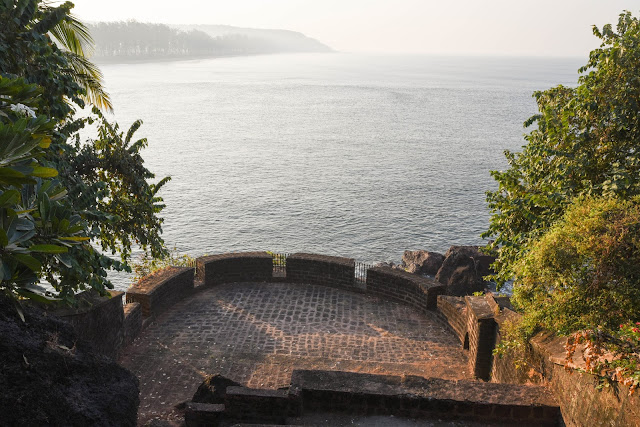 Fort Tiracol was a symbolic location where freedom fighters from Goa demonstrated from time to time. On 15 August 1954, Satyagrahis protesting Portuguese rule entered Goa from three different directions - one of which was from the North to Fort Tiracol, which was occupied and flew the Indian flag for a day before they were captured and imprisoned.

A Church for the Holy Trinity was constructed in the fort courtyard by de Almeida after its capture. This later became the century old Church of St. Anthony. (Source Wikipedia) 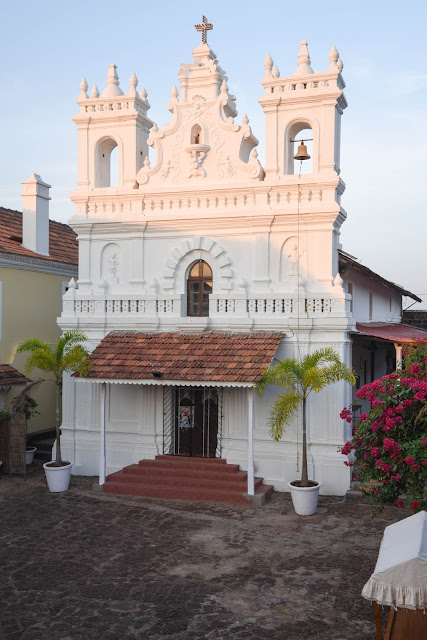 Now, in a state of ruins, Fort Tiracol has been converted into a hotel, the Fort Tiracol Heritage Hotel. The church is not open to the general public except on certain occasions, such as the annual feast that is usually held in May. 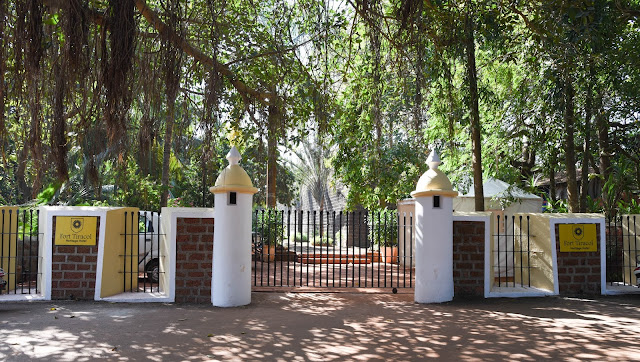 The Fort Tiracol Heritage Hotel is managed by GTDC (Goa Tourism Development Corporation) and is described by them as a Luxury Hotel. The recently renovated and redesigned boutique hotel that was launched in October 2016 has 5 "Deluxe Rooms" and 2 "Luxury Suites" named after the 7 days of the week - Monday through to Sunday.

We were given a choice of the "Friday" Suite or the "Saturday" Deluxe room, however although the "Friday" was larger, we loved the layout and the view from "Saturday" and opted for this room. 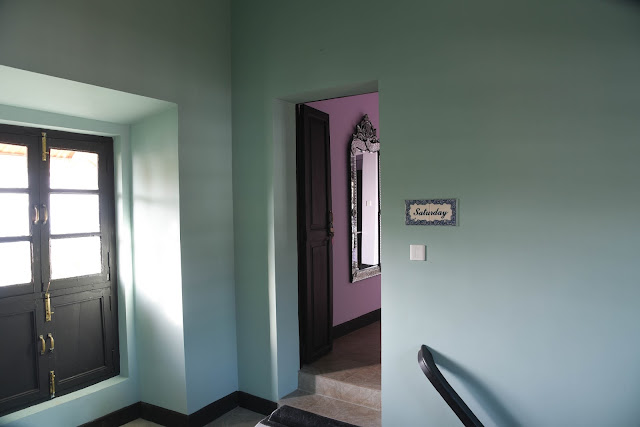 Each room has been uniquely conceptualized and designed, the design style being both Indo Portuguese and contemporary. Every room is equipped with King size beds, AC, satellite 42 “ flat screen TVs, coffee maker, electronic safe and modern bathrooms with rain shower.

A welcome plate of assorted Goan Sweets were sent to the room. The bed was very comfortable, the Bathroom amenities were good and the shower pressure was awesome...always so important points for us when booking a hotel stay. 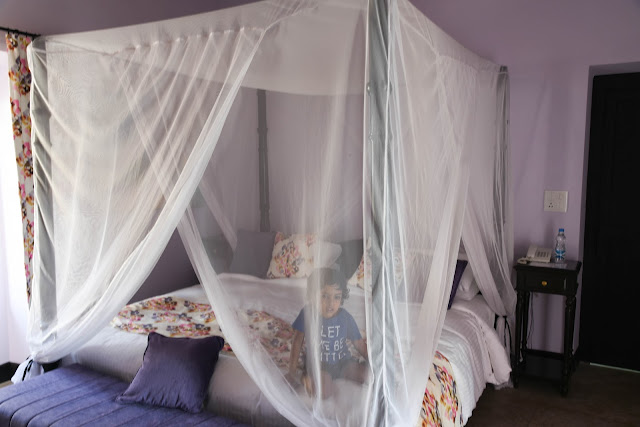 The Hotel has 2 restaurants - the "TAVERN" which has outdoor verandah seating too, with a birds eye view of the Tiracol Bay. One can spot dolphins easily from here.

Dinner is included in the package and you are spoilt for choice from an a la carte selection that includes local goan specialities, some traditional indian selections and a signature selection of dishes, inspired and composed by Chris Saleem (Sublime, Morjim) that is a contemporary blend of fresh local ingredients and inspired by traditional local indo portuguese cuisine. 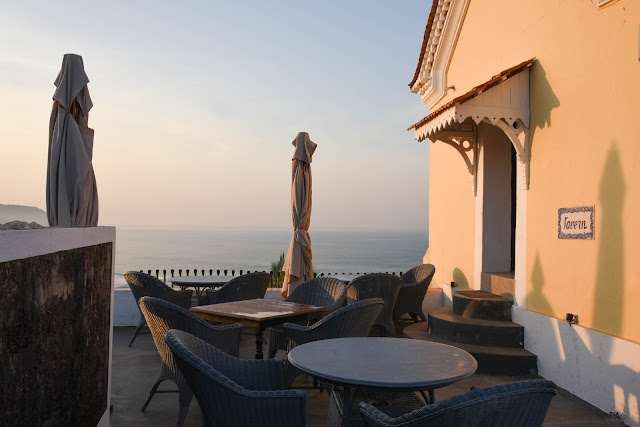 The Fort has a stone step path that leads to the base of the Fort. 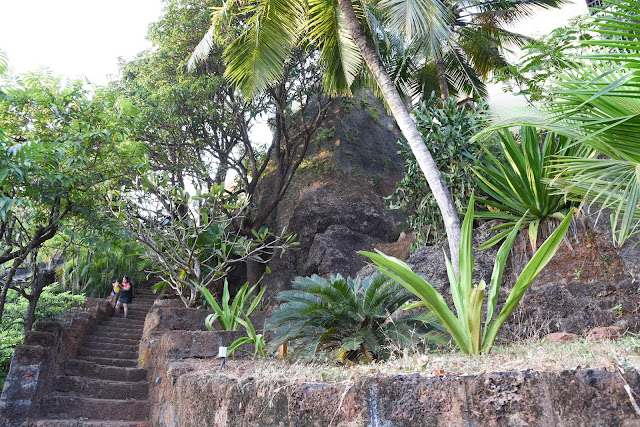 Although there are 3 different routes to Fort Tiracol, we stuck with the coastal route via Arambol. Earlier one had to cross a ferry at Kerim (Querim), however we were able to cross the Terekol River via the Kirapani Aronda Bridge which enters into Maharashtra. Take a left after the bride to head back into Goa and eventually reach the Fort. 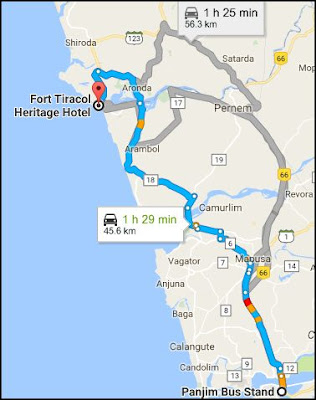 Thank you for a very indepth and insightful look at our Hotel..really well done.